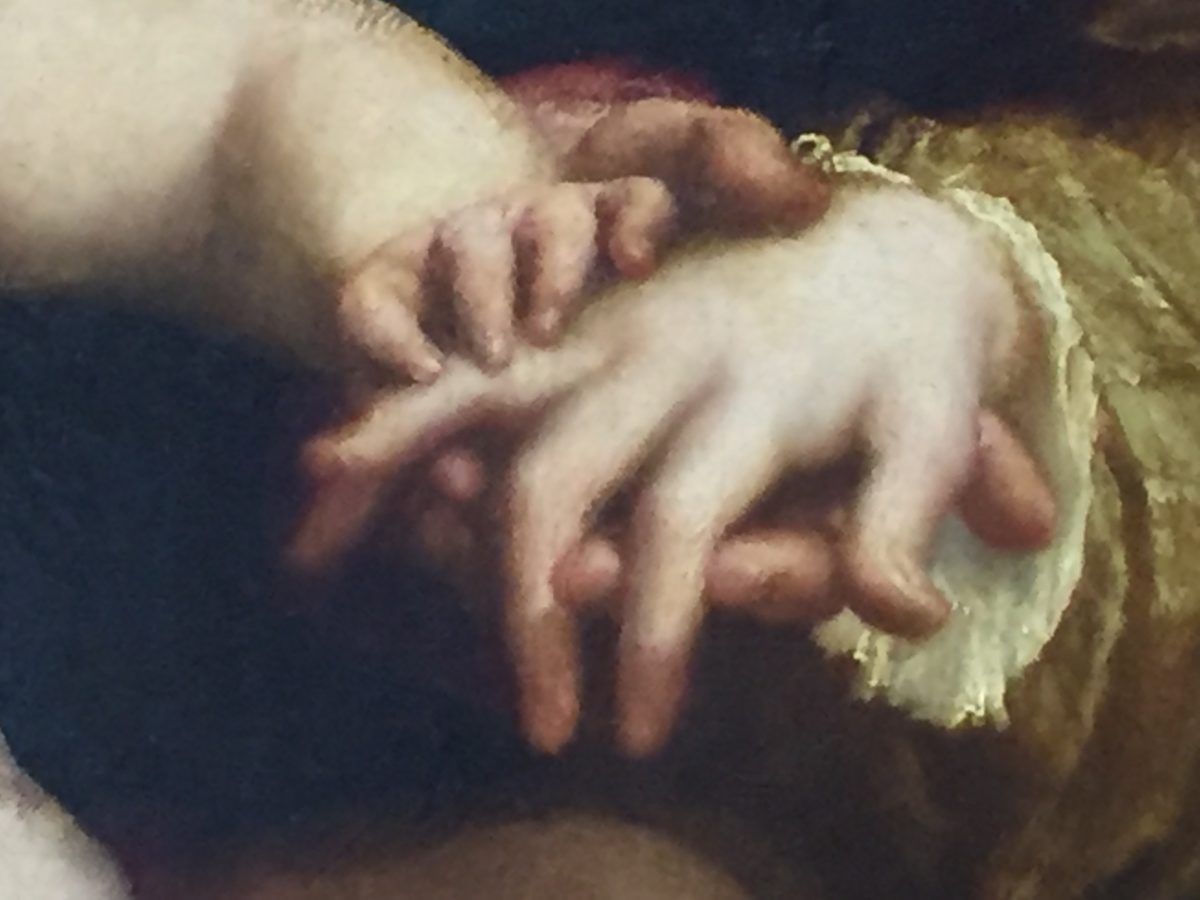 This essay appeared in the catalog for the 2007 show, Monoprints, Brooklyn Artist Gym Gallery, Brooklyn, NY

Representation of the idealized human nude was once considered the pinnacle of artistic achievement. In the centuries that separate us from the softly rounded curves of Venus de Milo or the taut physique of Michelangelo’s David , culture’s fascination with flesh has not abated. However, in art, the subject has become less common, and even, in certain quarters suspect. The change has many sources, among them the emergence of the feminist movement, which saw the preponderance of female nudes in western art as evidence of patriarchal oppression, the rise of postmodernism which substituted critique for representation, even, one might argue, the digital revolution which threatens at times to replace physical bodies and sensate experiences with purely virtual ones.

And yet, anyone who peruses the halls of the great museums can’t deny that something irreplaceable is lost when we dismiss the representation of the body as a figment of the past. Ric Dragon refuses to accept this disappearance. The series of monoprints here offer a celebration of flesh in all its glory. Though abstract, they are haunted by the ghost of the body, both literally, as a function of the physical labor and the mark of the hand that goes into each work, and figuratively, in the arabesques, curves, and bulbous forms that suggest both bodies and the spaces between them. Dragon confesses great admiration for the historic masters of figuration. At the same time, he sees no contradiction between representation and abstraction. His works bring both modes together, in the process reminding us that the grand compositions of Rubens, the telling gestures of Giotto and the sensuous brushwork of Titian are also expressions of abstract principles of harmony and order.

Dragon’s monoprints are created on an etching press, and they grow organically as a series. Fragments of previous prints remain on the plate and may be incorporated as traces or shadows beneath the translucent veils of ink and oil stick. The lines and shapes within these compositions linger at the edge of recognition, at times almost materializing into hands, breasts, or the curve of buttocks. Often these incipient forms seem to jostle together, suggesting the push and pull of sexual intimacy. There are hints of violence, evocations of desire, and most of all, the sense of a world in flux, as interpenetrating forms create new configurations that may signal the cycle of life and death. The palette contributes as well to the carnal quality of the works, consisting of delicate hues of fleshy yellow and orange, with the occasion streak of red, blue or green.

By rendering the experience of flesh using a vocabulary drawn from gestural abstraction, Dragon bypasses the literalism that seems to have relegated figuration to its secondary status today. He gives us, not the surfaces of bodies, but their sensuous collisions, suggesting the internal experiences that make us human.