Hawaii is one of those legendary destinations that for everyone who has taken the journey, love.  And for those of us who haven’t, we know we’d love it, because we’ve seen it in movies and television. There’s the beautiful woman in a hula skirt encircling your neck with a garland of flowers, a pig roast after a day of surfing, and the wise aloha-shirted beach guru dispensing wisdom.

Only, I didn’t think I’d like it.  After all, I’m not much of a splashing-about-in-the-surf sort of guy. I also pay close heed to my dermatologist who has told me that with my tuna-belly-white complexion, I shouldn’t go out in the sun without a sun block equivalent to several layers of cardboard, and only then in the earliest hours of the morning, or to witness the setting sun. 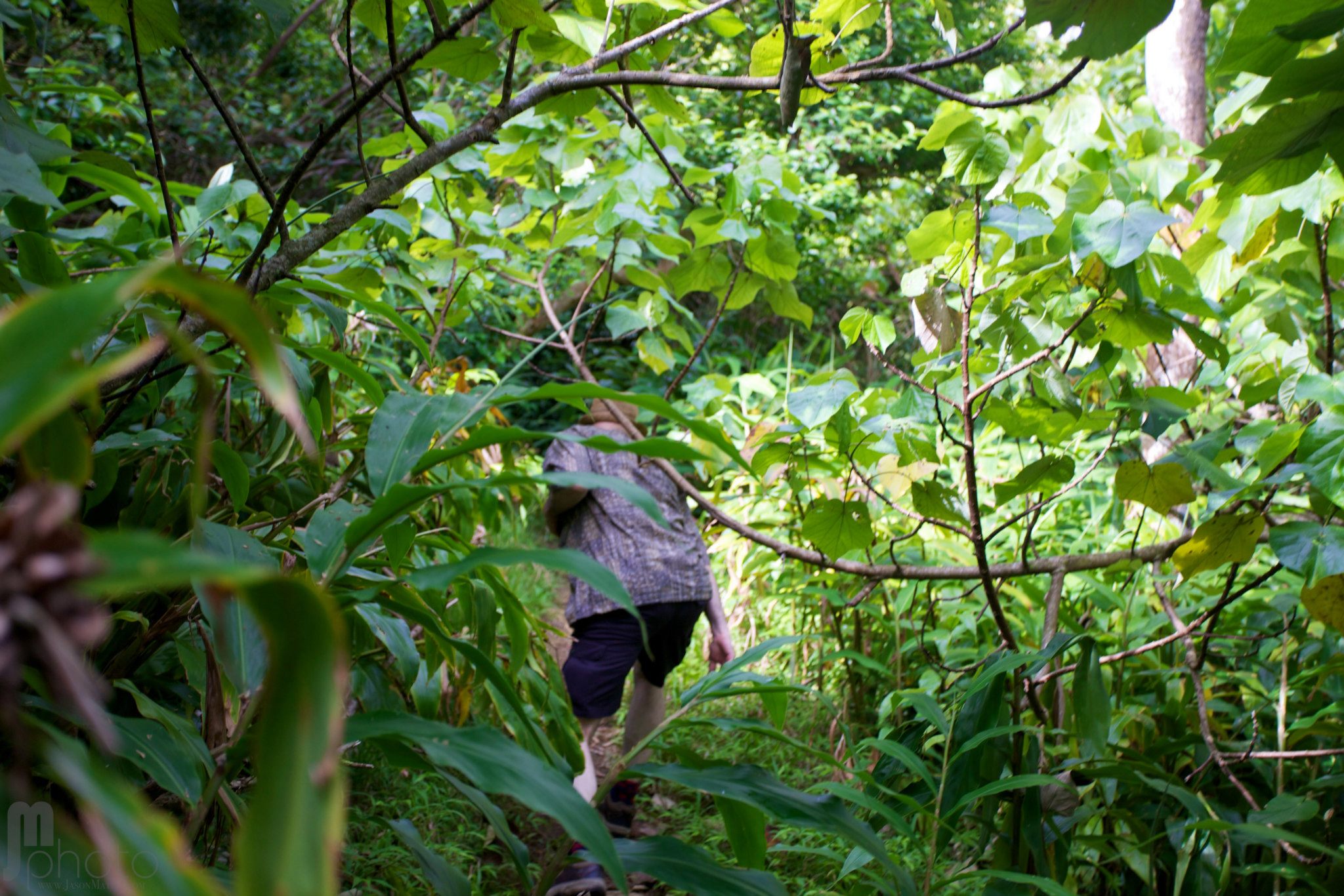 I’ll give anything a try once, though, so why not Hawaii?  When I was invited to speak at a social media seminar in Honolulu, I accepted, and tacked a couple of days on to the trip to see what all the fuss was about.  Not knowing what to expect, I didn’t make plans on how I’d spend those extra days. I waited until the day of the conference and mentioned to a few people that if anyone was willing to show me around the island, I’d provide some consulting in exchange. A quiet photographer by the name of Jason Matias said that he’d do it – he’d show me around the island. And could I be ready to start the tour early the next morning? 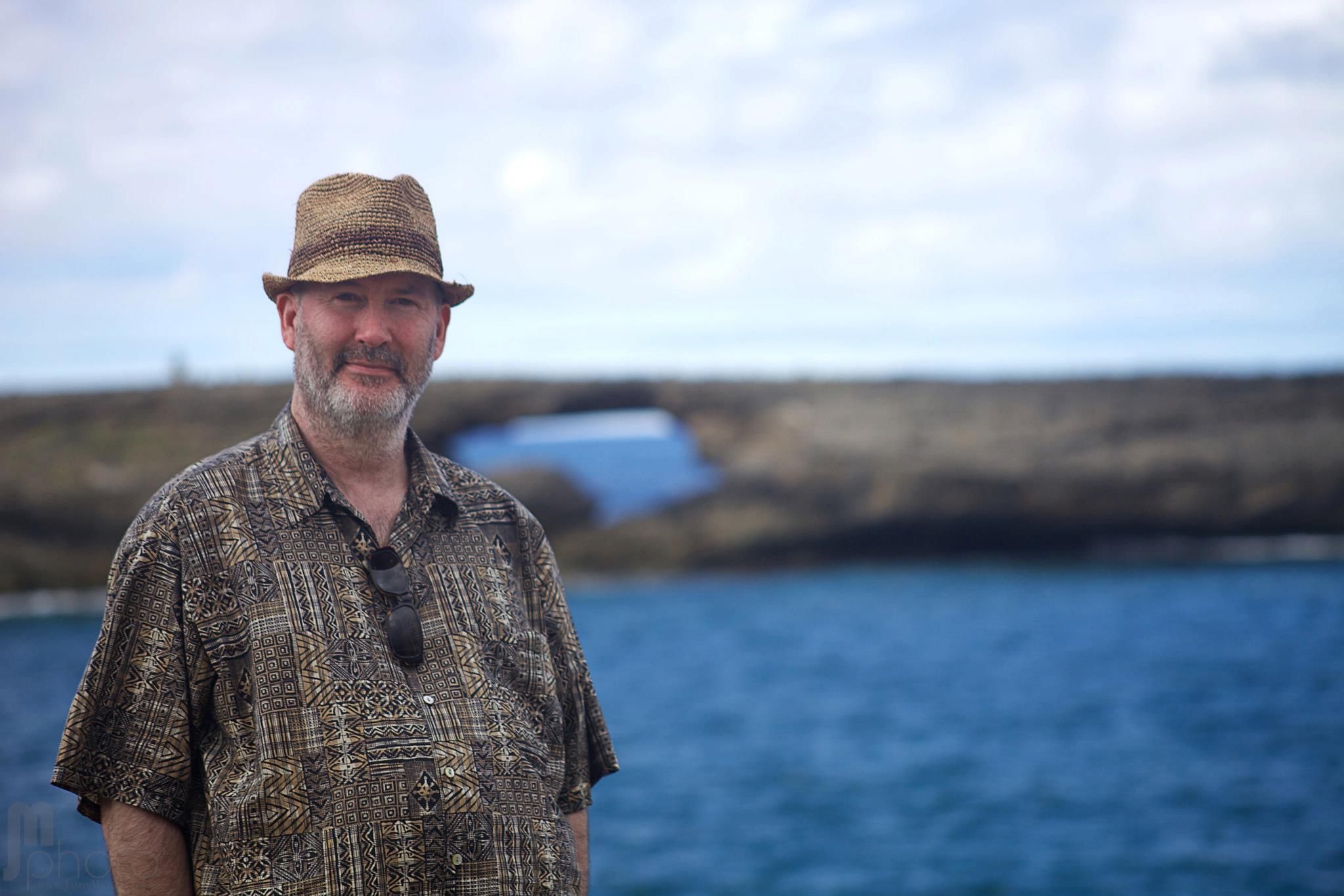 The next day, at the appointed hour, Jason greeted me in the hotel lobby.  We got into his car, and bit-by-bit, the garish touristy section of Waikiki disappeared in the rear view mirror. As we drove, I learned that Jason was in fact starting a business where he combined his professional landscape photography experience, with showing people the less-traveled pathways of Hawaii. 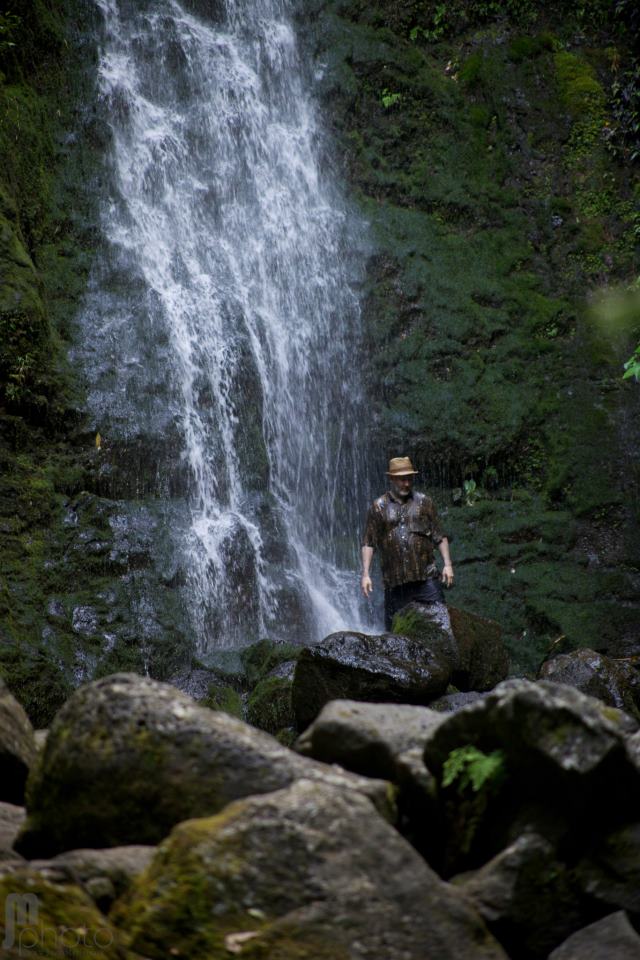 I learned just how less-traveled those pathways could be. We drove out of the city on a small highway, clearly leading into a more mountainous area.  Jason parked the car, and led me through a small clearing, into what was basically a field of weeds. 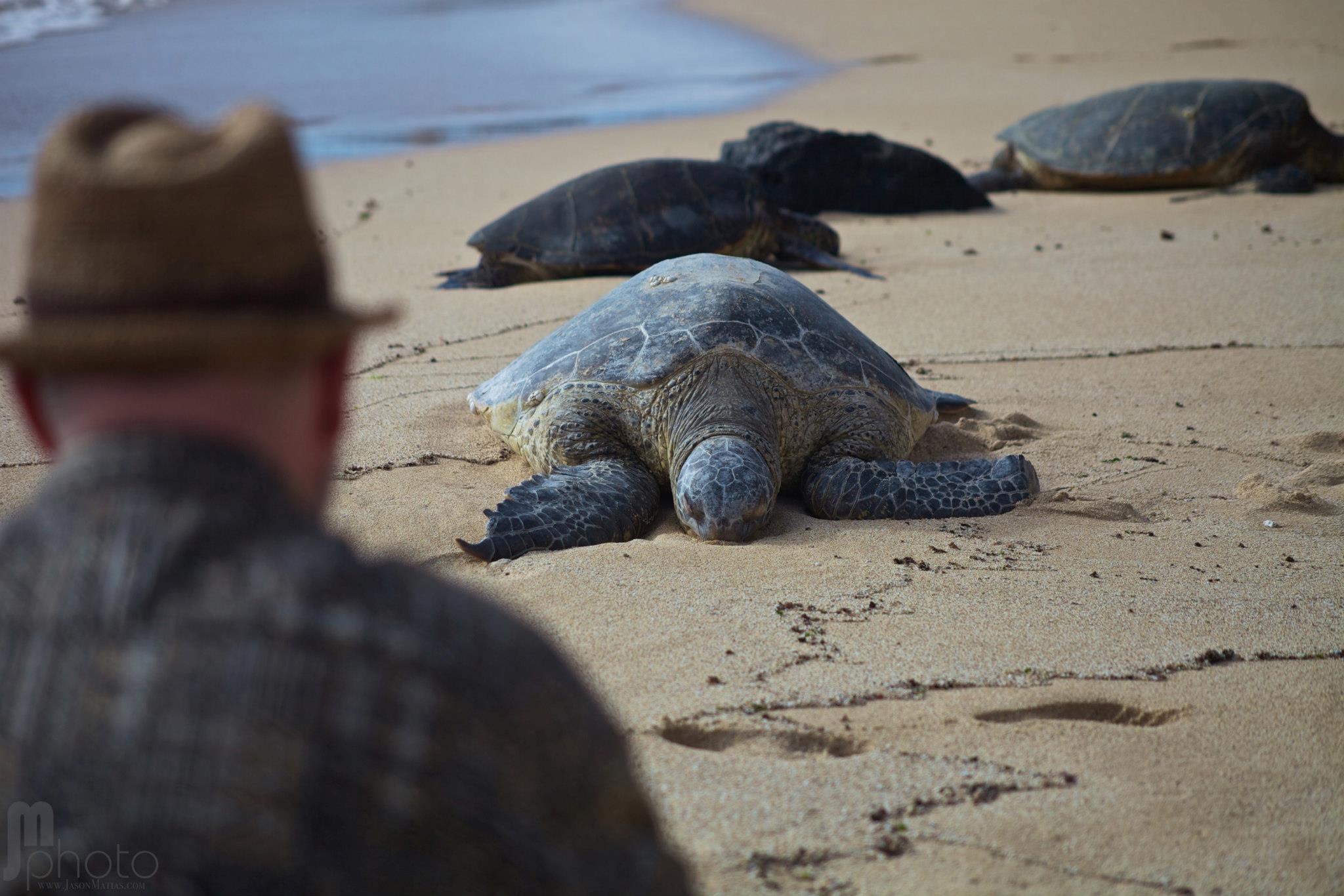 “Plants grow quickly here,” he said. “Only last week, there was a clear path here.” Fortunately, the types of plants that had grown up here were nothing like the brambles that would have torn my legs to shreds back home in the Catskills. We finally made our way to the trail, just as it led into a forest of bamboo.  The impression of an epic Kung Fu movie came to mind.

We followed the path into the forest, along a stream.  Each time we came to a small waterfall that was beautiful, Jason would say, “nope, this is nothing – let’s keep going.” At times we did stop, as Jason was carrying a bag full of camera equipment along with a tripod. He would have me pause, and if I could, actually hold still, as I imagined Abraham Lincoln had to for Matthew Brady. 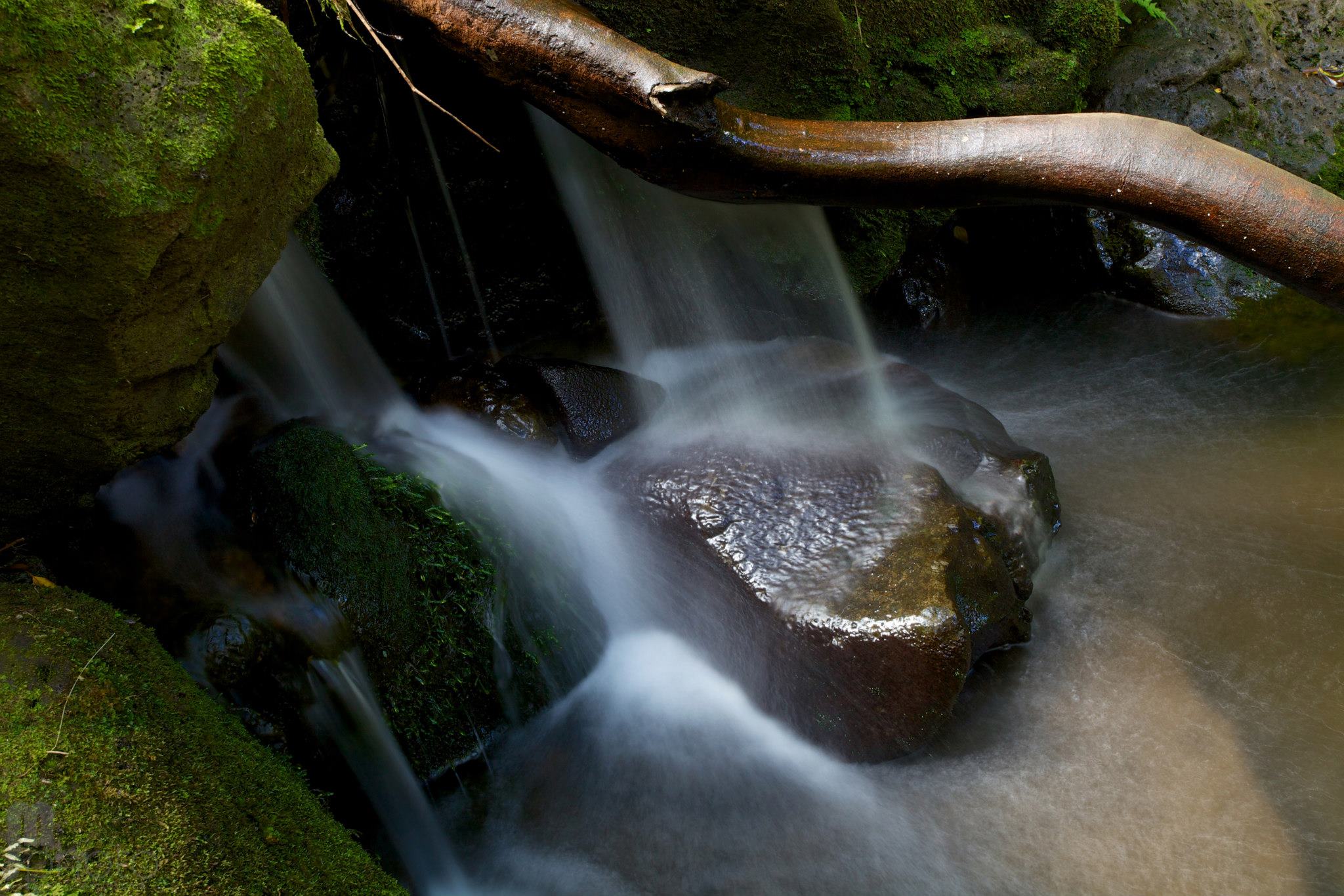 We did finally emerge into a clearing with a waterfall that went up, in different levels, probably several hundred feet. The Lulumahu Falls are utterly gorgeous, and I was unable to resist the urge to relinquish all sense of propriety, and stand in the falling water. Of course, Jason was somewhere behind me, recording the whole thing for prosperity like a paparazzi hot on Madonna’s trail. 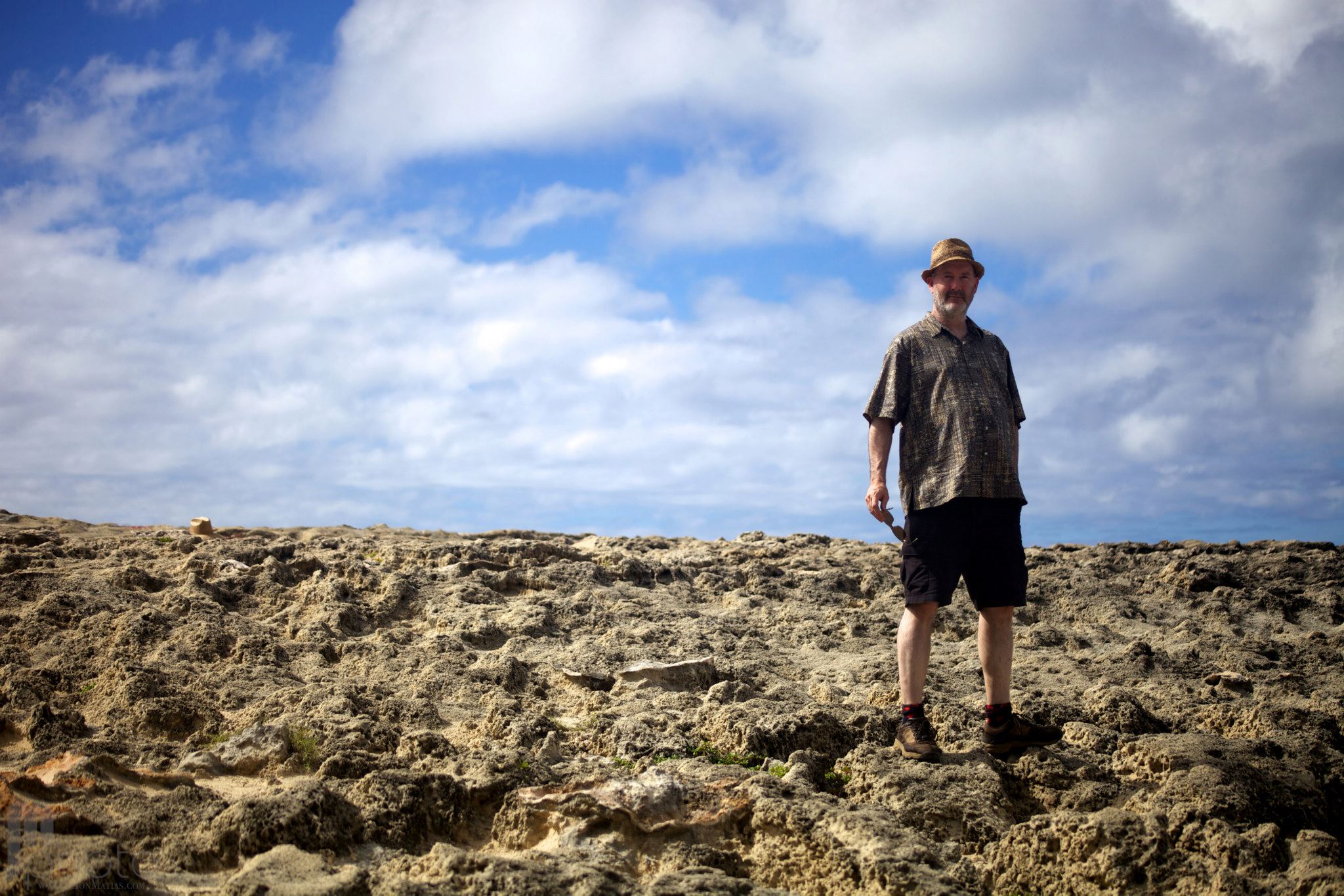 Jason proceeded to lead his now soaking wet charge back down the trail.  We returned a slightly different way that led to a reservoir overlooking a mountain range.  The mountains in Hawaii resemble images I’ve seen of mountains in China – craggy, green, and of course, enshrouded in mist. 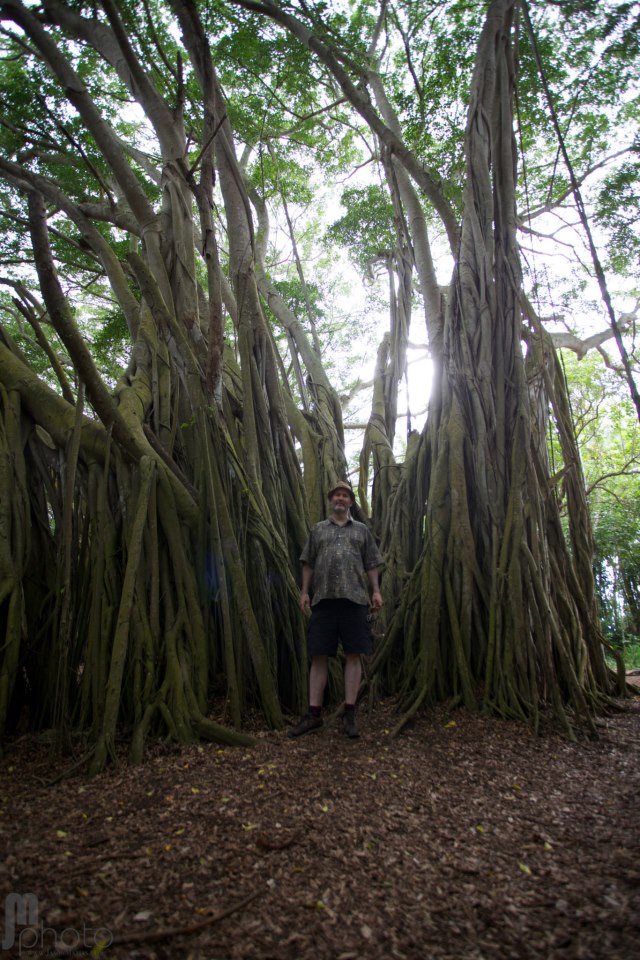 After making our way back to the car, the day proceeded with one amazing place after another. There was the bit of ruins that had once been a summer palace of a Hawaiian king, a hike up the Lanikai Pillbox Hike, scenic lookouts overlooking vast valleys between distant mountains, a Japanese temple, a beach with giant see turtles, and colorful shaved ice.  There was the breakfast place where we had to wait a bit that featured amongst other things, countless varieties of Spam.

There were things we didn’t do.  I demurred on the invitation to leap from a cliff with a gaggle of Hawaiian beer-drinking local youths. I did, however, admire the splash they made with their cannonball-styled plunges into the blue water. I also passed on stopping to meet a wood carver who had a yard full of tiki totems. I did meet, however, the owner of a small gallery from whom I bought a Tiki-figured candle, that supposedly cries wax once the candle burns down to a certain level. The gallery owner was an attractive tanned woman who moved to Hawaii some years ago, and never left, and if we can make up words, might have been described as “hippy-esque,” or simply free-spirited.  Hawaii seems to attract people who embrace that sensibility, and I have to admit, I did find myself wondering if I could make a living as a percussion busker.  Jason said he doubted it.

The clock on the car’s dashboard said we’d been on the road for a total time of twelve hours, with four of those being driving. And yet it didn’t feel like it.  My head was swirling with the whirlwind day of beauty.

As we sat having an end-of-day meal and drink, I asked Jason what I should have done that I hadn’t? “Snorkeling,” he replied. “There is a whole other world to see just under the surface of the water.”

As Jason drove me to the airport, a brief rain had depleted itself, and a magnificent 180-degree rainbow appeared.  I thought to myself that the spirits of Hawaii could stop – they really were overdoing it.  I was already determined to return.

A few days after returning home, I received an email from Jason with a link to a cache of photos from the trip. I’d never before considered the notion of taking a tour with a photographer, but in retrospect, I couldn’t imagine a better way of having such an experience. 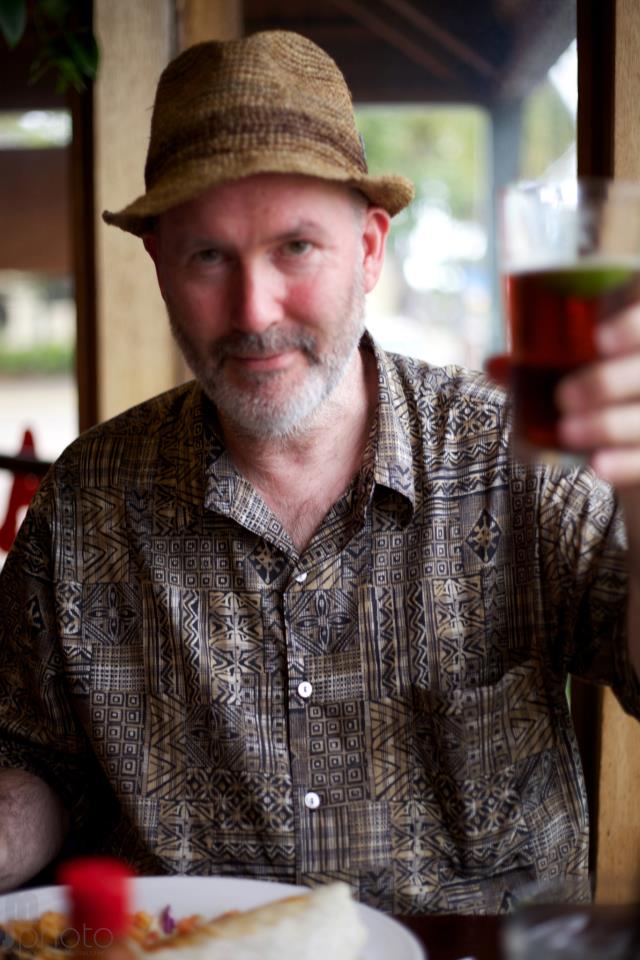 All photos by Jason Matias